Challenges of the Autonomous Train

Artificial Intelligence is becoming ubiquitous in today’s world. One of the most impacted sectors, a major field of study at IRT SystemX, is Autonomous Transportation. While autonomous cars have garnered the most media attention, trains have recently joined the race towards autonomy. In this blogpost, we present the challenges that the rail industry must defeat in order to make driverless trains a reality.

Take a look at the timeline of fundamentally important discoveries and inventions which have changed the course of history. It is straightforward to pinpoint the most disruptive ones. As the consensus would have it, the top of the list features, in chronological order, fire, the wheel, and electricity.

Merely a century and a half after the invention of the light bulb, our world is witnessing a new revolution through the medium of technology. Forget science fiction. According to Andrew Ng, one of the world’s leading figures in Artificial Intelligence (AI) development, « AI is the new electricity ». Just as 100 years ago electricity transformed industry after industry, AI’s impact on our daily life grows by the second and is becoming preponderant. A recent report by PwC estimates that AI will add $15 trillion to the world economy by 2030.

One of the most impacted sectors, a major field of study at IRT SystemX, is Autonomous Transportation. The multiplicity of projects involving autonomous vehicles around the world attest to the fact that there is a marked tendency towards automating our daily tasks and making our lives easier thanks to intelligent technology. Therefore, it is of no surprise to read that the autonomous car industry is set to be worth $6.2 trillion euros in 2050.

Cars are far from being the only vehicle of interest in the quest towards automation: trains have recently joined the race. According to the Transparency Market Research, the market for autonomous trains will grow at a CAGR[1] of 12.70% by 2025. Even though trains are behind time in terms of vehicular automation, there is a crude sense of excitement when learning about the initiatives being spearheaded at national and international levels:

As it happens, SNCF, along with Alstom, Systra and Université de Technologie de Compiègne (UTC), has partnered with IRT SystemX on the TAS project (Safe Autonomous Land Transport) in order to provide a proof of concept for the replication of a train driver’s observational capabilities. The project, launched in April 2017 for a two-year period, focuses on recognizing the state of railway traffic lights, and detecting obstacles on the railway. Note that the content of this article does not reflect the results of the project.

According to the International Association of Public Transport, there are four Grades of Automation (GoA) of trains:

In order to achieve full autonomy, trains will be equipped with advanced (and/or intelligent) cameras, high-precision sensors, and state-of-the-art positioning systems. These components may feature AI technology and Machine Learning capabilities that should comply with safety requirements.

Readers of this blog who are well versed in autonomous cars, may think that the presence of railways renders the challenge easier. Not so quick! Multiple factors make the train a unique problem, which cannot be solved by a simple transposition of the solutions found for other types of vehicles. Here are some illustrative examples:

These bottlenecks may be holding GoA4 trains back today, but there is no doubt that we are on the brink of a breakthrough that will revolutionize public transportation as we know it. Both freight and passenger trains will benefit from full autonomy: driverless operations increase system availability, network capacity and operational efficiency.

One thing is certain: it is but a matter of time before we reach industrial maturity in this area. Indeed, autonomous trains are expected to mark the beginning of the third “rail revolution”, after electric traction and high-speed rail. Moreover, they will cement AI’s reputation for being the biggest disruption of the modern era. 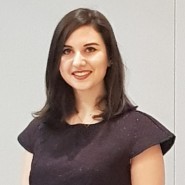