The future of urban deliveries with robots

Home > Mobilité > The future of urban deliveries with robots

In recent years we have seen an increase of experimentations with drones and robots for last-mile deliveries. There are experimentations with drones for deliveries in suburban or rural areas based at specific drone ports[1]. Others are experimenting with van based drones for increased efficiency when delivering goods in areas where delivery points are further apart than in highly urbanized settings[2]. Other experiments are performed using robots for deliveries, one of the first robot delivery use cases was pizza delivery[3]. In urban, settings autonomous deliveries are becoming an increasingly important topic with significant investments looming but also with major regulatory subjects to address[4]. 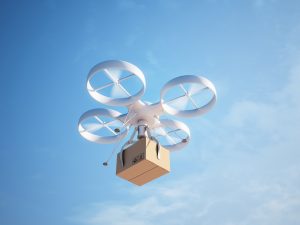 If we examine the different possible use cases for robot and drone deliveries, we quickly realize that a significant use of drones is not to be expected soon in densely populated areas, however slow driving robots become an interesting alternative in settings with restricted access for vans and cars as they are usually smaller, slower, quieter, and cleaner than car or scooter based deliveries. Several experiments have been performed on campuses and pedestrianized areas[5]. It seems that in the future we will see a lot more of these experiments as the promise of increasing efficiency and reducing cost by not needing delivery personnel is attractive to many companies. Just very recently a new fast food truck has been tested in Shanghai permitting some sophisticated interaction with the robotic delivery vehicle: Clients can choose and pay their food directly at the vehicle[6].

These very exciting technological developments raised interest in the Anthropolis chair’s team. It made us think about the operational possibilities and implications of such a technology. In a recently defended PhD thesis[7], PhD student Shoahua Yu investigated various operational aspects related to robotic deliveries. The main idea was to look at “mothership” variants of the problem.

As our research has demonstrated, robot based deliveries can be very cost-effective from an operational point of view in comparison with more classical delivery approaches explaining the increased industrial interest in such technologies. Other researchers have shown that energy consumption and CO2 emissions can be significantly reduced in urban area through the introduction autonomous robot deliveries[8].

We can therefore be quite optimistic about these technological developments as they are expected to decrease delivery costs and reduce negative environmental impacts of deliveries. However, they will also pose some societal questions, as human interactions will be further reduced. There exists ideas on combining robotic conveyors with human porters in densely populated areas to ensure personal local services with a human touch[9]. However in times of the pandemic crisis a big push towards services that are not requiring personal contact has been observed. Such developments will further increase the interest in robot based deliveries not needing any human interaction. An expected further increase in urban deliveries will reduce the attraction of urban centers with local shopping possibilities changing the face of our cities. We can expect substantial technological and operational advances in the years to come with regards to robotic deliveries. As every technological leap, these developments will have economic and societal consequences that will affect the way cities will function.

Collaboration between economic actors, researchers and municipalities will be required to use those novel technologies in a way that will increase urban quality of life by reducing traffic and other inconveniences. This will be achieved by coordinated interplay between the different stakeholders, increasing the quality and efficiency of deliveries, and at the same time ensuring livable and living quarters. In our ongoing research project LEAD[10]. We create Digital Twins of urban logistics networks in 6 cities (Madrid, The Hague, Budapest, Lyon, Oslo and Porto), to test and represent different innovative solutions for city logistics, to address the requirements of the on-demand economy while aligning competing interests and creating value for all different stakeholders. IRT SystemX is mainly contributing to the design and development of the overall digital twin concept and library as well as the developments for the Lyon living lab. In one of the Lyon test cases we will investigate the use of robot based deliveries in dense urban settings.

So please stay tuned for more research results on this exciting topic! 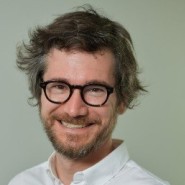 Senior Scientist at IRT SystemX, responsible for the scientific axis on scientific computing and optimization. Professor at the Industrial Engineering Laboratory of CentraleSupélec, heading the Operations Managment Research Group. Head of the Anthropolis chair, focussing on human centered mobility. Co-director of the future cities lab at Centrale Pékin.